Colombia is an extraordinarily diverse country. It is also a hauntingly beautiful land, unveiled for the modern world by the great national storyteller, Gabriel García Márquez. Hundreds of ecosystems find their homes in Colombia, from coastal mangroves to dry savannas, from rare páramos in the Andean highlands to exuberant rainforests of the Amazon, each giving birth to unique expressions of life. Water, that most precious of resources, flows in all directions out of Colombia’s massive mountains, forming great rivers that twist across the country. 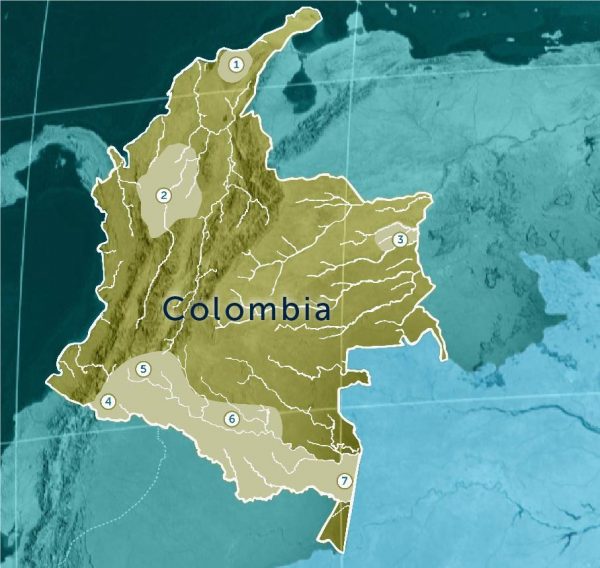 In the pre-colonial era, the biological wealth of Colombia attracted diverse human communities, whose cultures wove themselves into the fabric of their ecosystems. What remains today are more than one hundred distinct indigenous groups. In addition, the forests are home to an unknown number of people in voluntary isolation.

Deforestation has taken its toll in parts of Colombia. In places, the forests have been fragmented, which impacts the health of wildlife. Fragmentation also diminishes the ability of local communities to thrive; they may lose traditional foods, fisheries, and access to medicinal plants.

The national government has enacted some of the more progressive policies in South America in regard to the protection of endangered lands, the rights of indigenous peoples, and the rights of isolated people to live undisturbed. In April of 2018, the Supreme Court recognized the Colombian Amazon ecosystem as an entity with legal rights, making it a beneficiary of the protection that national and local governments are obliged to provide its citizens under Colombia’s Constitution.

Our Work in Colombia

For more than twenty years on the ground in Colombia, we have been working for the conservation of tropical forests and the strengthening of local communities.

We know that the more people there are who can care for, manage, and protect their traditional lands, the more forests will be protected. That is why we actively support the work of indigenous and small farming communities. One of our most powerful tools in achieving our objectives is collaboration: not only do we partner with communities, we actively join forces with other, like-minded organizations and institutions.

In Colombia, our activities are planned along the following high-level strategies throughout our work areas. 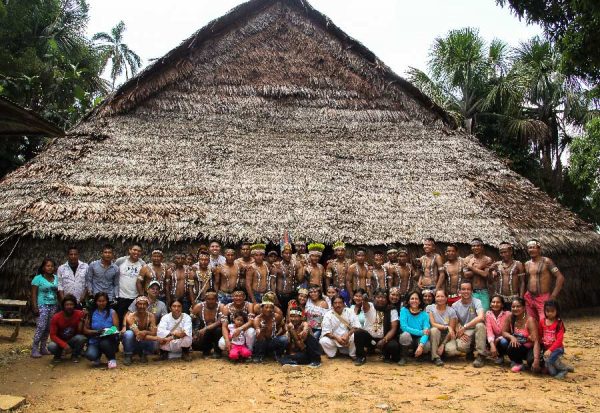 Land: Safeguard the forests and all that is in them

In this strategy, we work for the recognition, legal protection, and sustainable management of areas of special biological and cultural importance. We support the creation of new protected areas.

One example is the Alto Fragua Indi Wasi National Park, a territory of huge significance for our indigenous partners. Another is the Orito Ingi-Ande Medicinal Plant Sanctuary, the first protected area of its kind in all the world.

Other initiatives support the establishment and expansion of indigenous reserves, and the protection of the territories of indigenous peoples in voluntary isolation, who require large areas of forest to exercise their right to non-contact. One of our aims is to create connected corridors of once-fragmented forests, which helps to restore the vitality of the ecosystems.

We also guide and assist local communities in their land planning and management processes, whether in their home territories or in coordination with regional and national planning processes.

We work to improve the economic security of indigenous and local communities, as well as their access to food, clean water, health, and energy. When needed, we may introduce infrastructure and equipment appropriate to the specific culture, such as solar power.

We believe that ecosystem connectivity allows the forests to recover, and this in turn improves living conditions. Rebuilding the territory is a step-by-step process, where the communities create micro-corridors between farms, village communities, reserves, and conservation areas.

In this strategy, we follow and support the course set by local communities in their efforts to organize and strengthen their communal voice. It is they who determine how they will make decisions, how they will interact with outside forces, and what they need to achieve their goals.

In these cases, we support initiatives that are prioritized by the communities, such as educational processes at different levels. These may include schools, technical and professional programs, life plans, and other management tools considered relevant from the community and indigenous viewpoint.

We have supported the development and implementation of more than twenty indigenous Life Plans, which are comprehensive road maps for the future of each community and its territory. Together with our partners in the Caquetá region, we inaugurated the groundbreaking Yachaikury Indigenous School in 2002. We also supported the participatory development of the First Comprehensive Public Policy for Indigenous Peoples of the department of Caquetá.