The small country of Suriname sits on the northeast coast of South America. Once known as Dutch Guiana, this former colony of the Netherlands contains vast stretches of pristine rainforest, abundant fresh water, unique species of plants and animals, and some of the most intriguing human cultures in all the Amazon. Nearly all of Suriname’s population lives along the coast. In the interior, small groups of indigenous and other local people survive by pursuing traditional hunting and farming lifestyles. 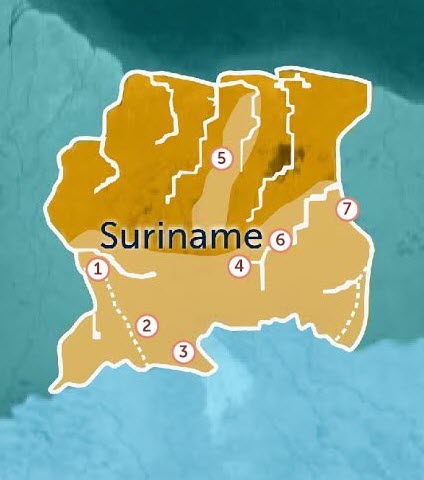 The rivers of Suriname arise from ancient highlands, called the Guiana Shield, and flow northwards to the ocean. These wild waterways, filled with waterfalls and rapids, are mostly unnavigable, helping to protect the forest while also shaping the country’s exceptional history. In the colonial era, African slaves escaped the brutal plantations along the coast and fled into the surrounding jungles. Pursuit was difficult and costly, and eventually the Africans won their freedom and they settled along rivers in the interior. Groups of their descendants are collectively known as Maroons.

Waves of indentured servants then arrived in Suriname to work the plantations, coming from countries across the Dutch colonial empire. Most of the workers remained after their indenture was over, and as a result, modern Suriname is one of the most ethnically and culturally diverse countries on the planet.

Our Work in Suriname

Our first programs in Suriname came out of the ethnobotanical fieldwork of ACT co-founder Dr. Mark Plotkin. His research into traditional plant medicines and healers led to the establishment of “Shamans and Apprentices” programs to help preserve the transmission of cultural identity in the face of modern change. Our work also extends to local communities such as the Maroons, whose rich and deep cultures inform their survival.

The indigenous and local people who live in Suriname’s forests are essential parts of their ecosystems, helping to protect and care for the forest while sustainably taking sustenance from them. We support the communities along the path to gaining legal recognition of their land rights. We also assist the communities in cultural recovery and preservation.

In Suriname, our activities are planned along the following high-level strategies throughout our work areas. 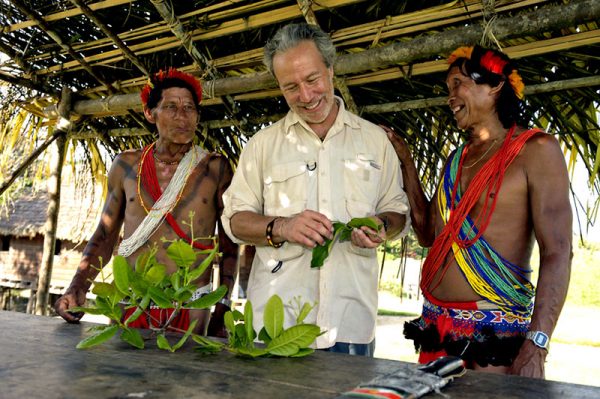 Land: Safeguard the forests and all that is in them

Beginning in 1999, we’ve undertaken participatory mapping projects with our partner communities. These highly detailed maps delineate traditional territories as well as pinpoint resources and cultural histories, and aid the formation of management plans. We have now mapped over 90% of indigenous and Maroon lands, constituting almost 2/3 of the entire country.

To help our partners effectively guard their territories, we initiated and continue to support an Amazon Conservation Ranger program. The rangers are trained in ecosystem assessment and wildlife monitoring. They are effectively the eyes and ears of the community’s leaders, helping them to act more quickly when crises arise, such as illegal incursions by miners or loggers.

We have also conducted comprehensive surveys of biological and other natural resources, concentrating in the southern half of the country. The results of these surveys are being posted online in a biodiversity database, contributing to the scientific understanding of Suriname’s forests as well as their sustainable management.

We work to improve the economic security of indigenous and local communities, as well as their access to food, clean water, health, and energy. Climate change has disrupted local agriculture, resulting in devastating crop losses. To address this, we work with local women to enhance their traditional farming practices, and explore techniques to combat pests using local ethnobotanical knowledge.

In the remote interior of Suriname, where outsiders may only reach the communities via airplane, western health care is sporadic and sometimes nonexistent. We have established traditional health clinics in five of the communities, where healers and their apprentices administer traditional plant medicines to their patients. One of the outcomes of these clinics is that endangered knowledge of common medicines, once as familiar to local people as the use of aspirin is to us, is being rediscovered and remembered.

We also support initiatives to generate income in the communities, using forest products that can be grown or produced sustainably, such as hot peppers or honey from forest bees. These products are marketed and sold in the cities.

We support the strengthening of the collective voice of our indigenous and local communities so they may advocate for their own rights and their own lands. One of the most effective ways to help that voice grow powerful is by aiding the processes of cultural recovery. Our Shamans and Apprentices programs and the traditional medicine clinics help to preserve and perpetuate millennia of rainforest knowledge.

A pilot initiative, in the Matawai Maroon villages, trains youth to capture the cultural stories of their elders. The resulting audio and video are being placed online, woven into the map of the Matawai territories. Not only are the stories preserved in perpetuity, but also the bonds between the generations are fortified.

We provide resources for ethno-education projects so that tribal children in remote communities can learn their traditions along with local knowledge and stewardship of the forest. In addition, we are producing a series of Junior Park Ranger training manuals as a conservation teaching tool. Suriname’s Ministry of Education approved the manuals for inclusion in its nationwide Environmental Education project. The manuals and other ACT information on Suriname’s indigenous peoples will be distributed to every primary school across the country.